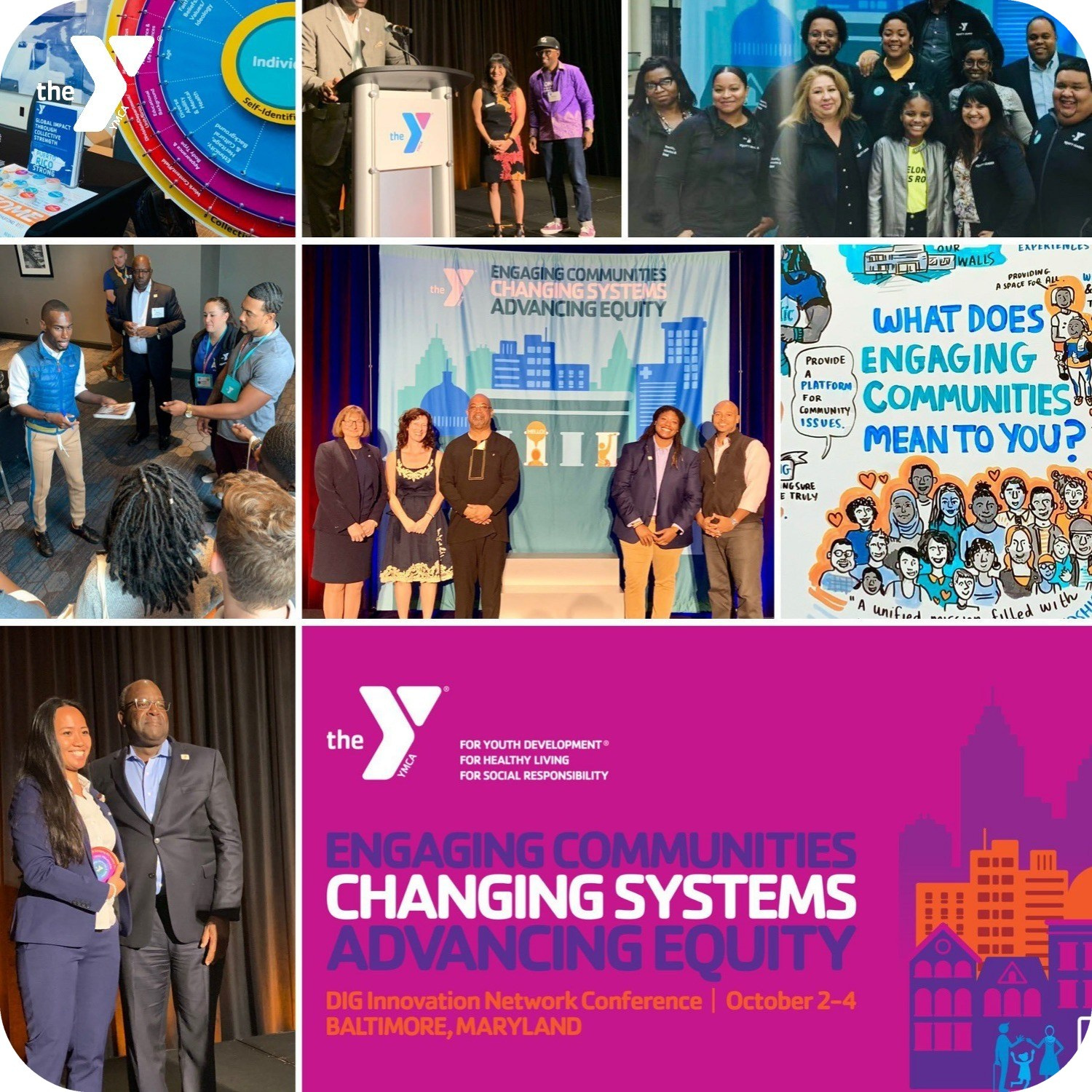 5-million young people, 18 and younger, has left the YMCA in the nation since 2014. At the same time, the U.S. is getting younger and diverse; however, YMCAs across the nation are getting older and less diverse. “ We must change that. Now!” said Kevin Washington, President and CEO of the Y of the USA. His powerful speech at the 2019 DIG Conference in Baltimore last week inspired us to move forward, to disrupt and to change the system to promote equality, justice and social responsibility.

It was a huge event: 530 people, 18 countries and 93 cities. A record! Including 31 CEOs, but the most important part was to frame this intense work with lens of social justice. “The work of justice is almost always the work of equity,” said DeRay McKesson, civil rights activist and author. “Bring the truth with you into every room you walk into. It is more courageous to tell the truth to people you know.”

The conference was organized, led and powered by young people. The air was filled with hope and energy. And this was confirmed by Carlos Sanvee, Secretary General of the YMCA World while receiving the first Carlos Sanvee DIG Legacy Award for his unwavering commitment to social justice and empowering youth. The place of the reception could not have been better: The Reginald F. Lewis Museum of Maryland African American History and Culture.  “This award is for all the young people. It is for you,” he said. His efforts to make our global YMCA movement communities stronger are extraordinary, said Kevin Washington, while presenting the award.

The final general session had an exceptional leader. She’s not a leader of the future, she’s a leader today! Mari Copeny, known as Little Miss Flint, is 12 years old. A brave and unapologetic activist who brought national attention to the water crisis in Flint, MI. She’s a changemaker who is building a thriving and equitable future for all! And yes, she’s just getting started.

It is impossible to capture 2019 DIG in words. Therefore, we must commit to action as we return to those who are watching and waiting.

The next DIG Conference will be in Bogotá, Colombia in 2020. So, it is the time to improve your Spanish. ¡Nos vemos en Colombia el año que viene!