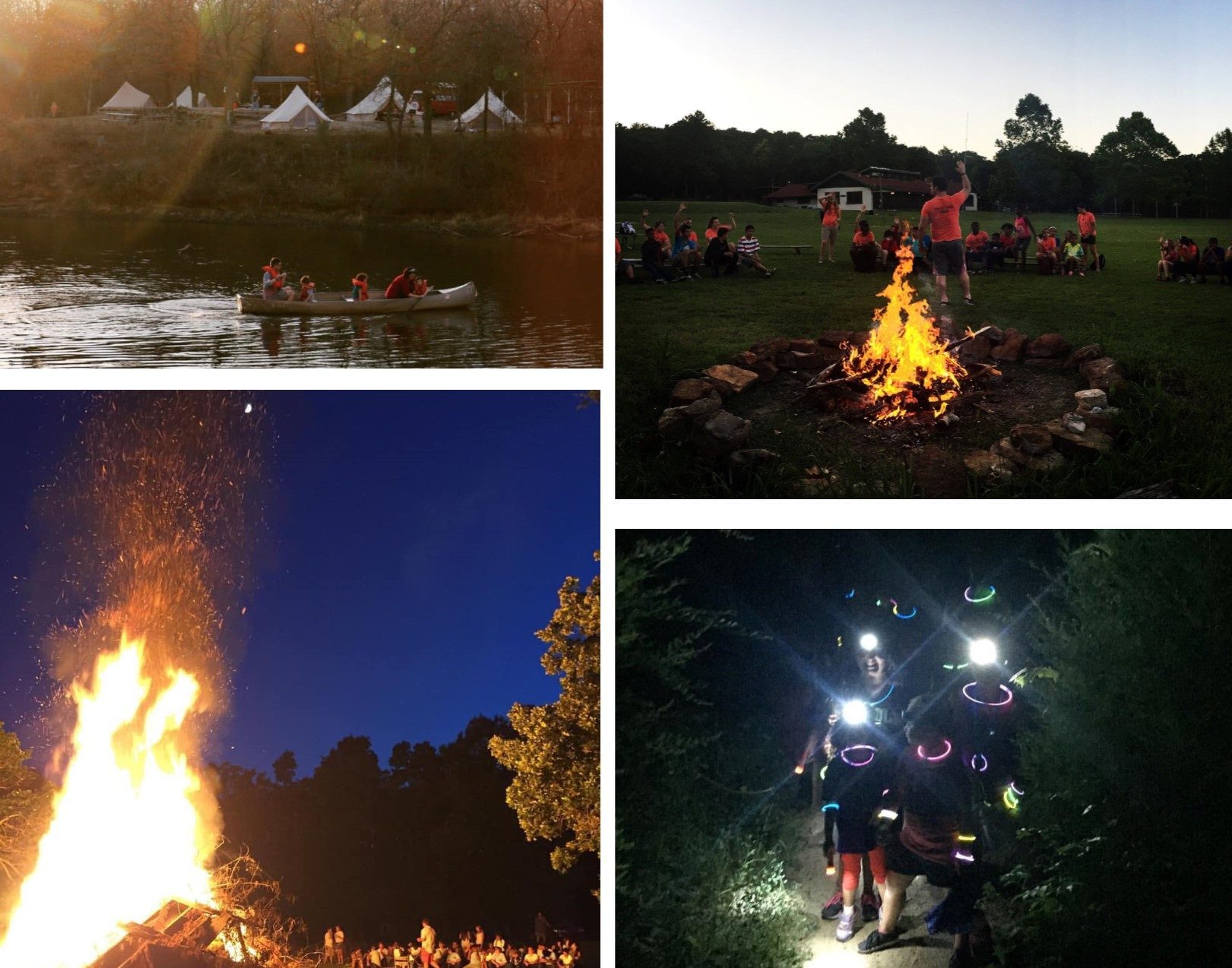 Today as I walked through the construction site of the soon to be completed Herman and Kate Y, I could almost hear the splashes of water from the pool and the squeak of sneakers in the gym. I could feel the excitement around the lodge where groups will meet their adventure guide for a hike on Turkey Mountain. I take every opportunity to visit Herman and Kate to see the progress, this time something very different happened. I made my way all the way to the back of the property and looked over towards the work being done on Hailey Chapel, the sight of which froze me in awe. Hailey Chapel is nearing completion, and I can already feel the power of future moments that will take place there. There was so much work being done on this afternoon all around me. Large stones being unloaded at the lodge, the beeping of an excavator backing up, and the shouts of workers communicating across the job site. But all I could hear were the chants of campers singing songs during opening ceremonies and the smell in the air from the firepit where families will roast ‘mallows for s’mores.

Hailey Chapel will be a place that creates belonging, fosters community, and ignites hope! As I watched the work being done and thought of the future, it brought to mind one of the common traits that all centenarians possess: belonging. This is one of the Power 9 traits that will be found in 1 single place through 8 different areas of access at the Herman and Kate Y. And while Hailey Chapel is only a small part of this magical place, its beauty can’t be topped!

We as humans have an innate drive to find a sense of belonging. Our souls crave it, and while everyone feels this drive to varying degrees, most don’t even realize we need belonging to not only survive but also to thrive! For the entirety of my 13-year tenure with the YMCA of Greater Tulsa, my time as been solely spent at YMCA Camp Takatoka and the Westside YMCA. I have watched thousands of campers and families drive the front gates of both properties, and I’ve watched the weight of the world lift from their shoulders almost immediately. The sense of belonging that is experienced during a session of camp is irreplaceable and lifelong!
One of my favorite camp traditions, that I hope is passed down for decades to come just as it was passed down to me, is the reading of this Winnie the Pooh quote,

“You are braver than you believe, stronger than you seem, and smarter than you think. But the most important thing is, even if we’re apart…I’ll always be with you.” (A.A. Milne)

At the Y, we take the time to read this to each group individually as an introduction to their connection with something so much greater than themselves. And it’s this connection that is found in Hailey Chapel, at the Herman and Kate Y affectionately named after the late Laura Hailey. A champion for youth, Laura Hailey embodied everything the Hailey Chapel stands for and will create for the Greater Tulsa community that she so loved and dedicated her life’s work towards supporting. People will come from near and far to escape their daily hustle and bustle for a weekend camping in the woods, right in the middle of Tulsa! When the tents are being broken down and new friends are saying, “see you next time,” they know they will always belong here. Hailey Chapel will be a place for all!